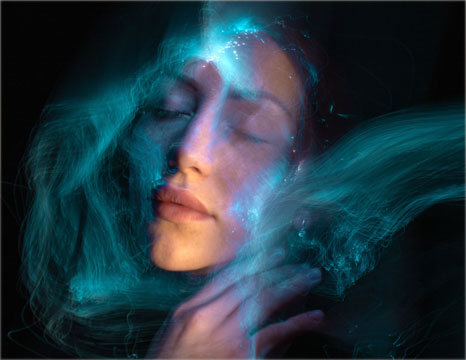 We want to thank all of the Science Santas who have brought us breakthroughs and promising results from research studies this year. When we learn about the fascinating structure of our skin and how it functions we can make better, more informed decisions on how to care for our skin. Here are just a few recent innovations relating to skin care and the better world we live in because of them. Enjoy reading about these skincare gifts from science.

Researchers didn’t start out seeking a fashion statement when they developed a method to bond human skin to rubber-like polymeric materials without using an adhesive. They were working on something else when the discovery was made. This brings a possibility of attaching fashion accessories, communications devices, or whatever directly to your skin.

Smart clothes developed by researchers at the Massachusetts Institute of Technology can sense and record your movements, as well as give you posture suggestions. MIT’s smart clothes are made with knitted conductive yarn and can be mass produced. They collect a large amount of data from the wearer that researchers can use for training robots. The clothes may also serve as artificial skin for the robots, covering them with an array of sensors, similar to our nerves.

Want to participate in interplanetary travel? That’s the mission of SpaceX and its founder Elon Musk. In September the company succeeded in its first orbital launch of an all-private crew.  The company’s future plans are to send Starships filled with travelers to the Moon and Mars. Do consider the impact space travel may have on your skin. Studies show that microgravity is associated with premature aging including thinning skin, elasticity changes, and hampering cell rejuvenation. Remember to bring your body and face creams.

While UVR from sunlight can be hazardous to skin, it is the most important source of vitamin D, essential for developing and maintaining healthy bones.  Scientists are getting closer to understanding the optimum ultraviolet radiation (UVR) wavelengths for human skin production of vitamin D in sunlight in an effort to create optimal standards.

As a potential alternative to surgery Yale researchers are developing a skin cancer treatment that involves injecting nanoparticles into the tumor, killing cancer cells with a two-pronged approach. Conventional chemotherapy affects the entire body and can have severe side effects.

A new study shows that the ability of our skin to protect us from chemicals is something we inherit. People with a genetically weakened skin barrier are less well-protected which could imply an increased risk of skin disease or cancer.

Here’s another reason to get up off the couch and start moving. Scientists have demonstrated a connection between inferior physical fitness in young adults and elevated risk of the autoimmune skin disease psoriasis. Male recruits in military training who were rated as the least fit, had a 35% higher risk of developing psoriasis than the fittest recruits.

Newborn skincare was studied in a nationwide survey of hospitals that revealed almost all of them use a “baby” soap that contains detergents known to compromise a newborn’s skin integrity. Consistent guidelines based on evidence are now being called for. Skin protects babies against infection, the development of allergies, and more.

A new study led by researchers at Harvard Medical School unveiled a mechanism that may underlie the greater sensitivity of certain skin regions. Different skin surfaces such as the hands and lips were studied to show how the brain represents them throughout development.

Currently, skin aging caused by sunlight exposure cannot be reversed or delayed. But two new molecules have been discovered that generate minute amounts of hydrogen sulfide gas that have been found to prevent skin from aging after being exposed to ultraviolet light found in sunlight. That means inroads are being made towards reversing or delaying sunlight damage to skin.  Unlike sunscreen, the compounds penetrate the skin to correct how skin cells react to UVA exposure. Skin-degrading collagenase enzymes are deactivated. This is a step forward to help reduce age-related skin conditions.

An international agreement known as the Montreal Protocol and its later amendments designed to protect the ozone layer is expected to prevent 443 million cases of skin cancer and 63 million cataract cases for people born in the United States through the end of this century, according to this new research. The 1987 agreement phased out the use of chemicals such as chlorofluorocarbons (CFCs) that destroy ozone in the stratosphere. One of the research scientists said: “It shows that, given the will, the nations of the world can come together to solve global environmental problems.”

A novel protein therapy for skin wound healing is based on the protein called Agrin, discovered to promote wound healing and repair when it is triggered after skin tissue is injured.

A first of its kind, a printing technique creates effective skin equivalent, simulating three layers of skin: the hypodermis, the dermis, and the epidermis. The goal is to repair human skin and reduce scarring for patients.

To make diagnosis of diseases like skin cancer quicker and more effective, medical professionals are turning to artificial intelligence (AI). In one study this year, the images and accompanying data available for training artificial intelligence (AI) to spot skin cancer were found to be insufficient and included very few images of darker skin. The researchers are calling for better AI “training” by looking at data and images from a large number of patients where the diagnosis has already been established and will include more people with darker skin.

At YASOU Natural Skincare we are always looking at emerging science because it guides us on new product development. We follow science-based research that is inspired by nature, cooperative, and inclusive. Biology is at the root of beauty and it’s up to us to optimize these skincare gifts from science.